During and after an apocalypse, things will fall apart. Heck, things fall apart now and we just have to deal with normal, every day entropy. Some items will be easy to fix. Others will be more complex. You will need a tool that can handle anything you throw at it.

Could the Seven Deadly Sins Stop You from Surviving?

In the Christian tradition, there are seven sins to be avoided at all cost. These sins guarantee a one-way ticket to Hell. But when you are living Hell how can avoiding these taboos help you survive?

Hey, Let's Go to the Winchester! Whose Funking Idea Was That? 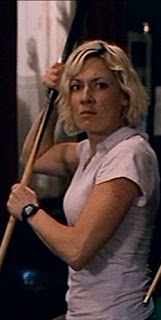 A recent i09 article pointed out the distinct lack of strong female role models in zombie films and fiction. The article notes that Shaun of Shaun of the Dead couldn’t even handle making dinner reservations, yet he is the leader and eventual hero.

While the movie is called Shaun of the Dead and Shaun does pull through, Liz could have made a better leader. After all, she started out with skills Shaun simply didn’t have – like being able to handle simple tasks.

Have you ever wondered what the movie would have been like had Liz been in charge? I doubt that the body count would have been higher: almost Shaun’s entire party was eaten, infected, or disemboweled. Including his mother. I'd bet they wish Liz had been the heading things up.

What traits do you need to be a great leader?

When the struggle began, you thought all was lost. Most of your friends and family were gone. Then, you and a number of others happened upon each other. You formed a bond in your fear and your need to survive The Invasion.

Your band consists of a few diligent people who want to survive. They know that working together, following instruction, and generally being a well-oiled unit is the best way to survive. Then, there’s Ginny. She’s loud, ornery, and frightened. The more frightened she becomes, the louder she is and the more attention she draws.

I wonder what Yvonne of the Dead would have been like? 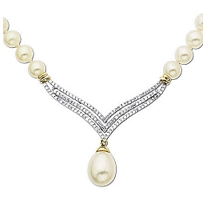 The world has ostensibly ended. You are living in a post-apocalyptic nightmare. While scavenging for food and clothing and trying to avoid being flayed alive by robotic tennis balls of doom, you discover a corpse wearing the most gorgeous diamond and pearl necklace you have ever seen.

The woman is lying on her back holding two small children – both of whom are also long passed on – and a note is on her chest. Because you read the note you know that this is the place Mother chose as the resting place for her and her children because it was a place of fun and safety. You realize you are essentially standing in their own personal cemetery.

Do you take the necklace?