Food Options in the Rural Market

Rural areas of the world offer some distinct drawbacks to feeding oneself during Anypocalypse. Shops, if there are any, are far apart at best. They will be General Stores of the most grotesquely quaint flavor. The chances of finding a nice beluga caviar to enjoy while defending your unborn child from carnivorous fish from outer space are slim.

However, rural areas tend to have a few distinct advantages that urban and suburban areas do not.

Fresh food doesn’t get any fresher than picked from a tree in an orchard or harvested from a fresh water stream. Any Whole Foods shopper worth her salt would be seriously jealous of the lady who picks her own organic dinner! 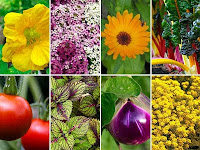 Be careful when choosing what to pick. Make sure you are familiar with the plant and whether or not it is safely edible. After all, just because it goes down doesn't mean it should. If you find deceased birds or other wildlife in the area, move on! Whatever killed them - if it wasn't a poor food choice - may still be around.

Certainly there are drawbacks: catching fish involves baiting the hook, handling the fish, as well as descaling and gutting the fish. All this before we even get to the cooking! A word to the wise: sushi is grand, but leave it to professionals. Cook your fish.

Despite the drawbacks, there is something truly special about catching and preparing one's own meal. Ernest Hemingway wrote a great article about outdoor cooking that specifically deals with the issue of cooking a nice trout with bacon (if you have some handy). Mr. Hemingway, whose "lifetime [was] devoted largely and studiously to eating", even explains how to bake a pie while in the bush.

What plants would you recommend?  Are certain fish off limits?  And what about hunting?  With or without a gun...
Posted by HJR at 9:51 PM